A traditional method of analyzing texts is to compute the proportion of the words have positive connotations, negative connotations or are neutral. This method is commonly referred to as sentiment analysis. The typical approach to sentiment analysis is to see how many words in a text are also in a predefined list of words associated with a sentiment. So “I am having a bad day.” might score a “1” on a negative sentiment scale for the presence of “bad” or a .17 because one of six of the words is negative. Some sentiment systems rank words on a scale, so that “terrific” might be a 5 while “fine” scores a 1.

Some systems go beyond positive and negative. The proprietary LIWC program, for example, extends this to measure dozens of other word attributes, such as “tone”, “analytic thinking”, and “clout”. More generally, these methods can be used whenever you have a list of words, and you want to count their occurrences in a set of texts. They are commonly referred to as “dictionary methods.”

This lesson introduces two different dictionaries that are available in Python, AFINN, and Vader. It concludes by showing how to analyze a text corpus for occurrences on any arbitrary word list.

This lesson assumes your computer has an Anaconda Python 3.7 distribution installed.

AFINN is an English word listed developed by Finn Årup Nielsen. Words scores range from minus five (negative) to plus five (positive). The English language dictionary consists of 2,477 coded words.

If this is your first time running this notebook, you may need to install it:

After importing Afinn, you need to set the language, English (en), Danish (da), or emoticon (emoticons).

The score method returns the sum of word valence scores for a text string.

In all these cases, afinn has preprocessed the text by removing the punctuation, converting all the words to lower-case, and before analyzing it.

Before using a sentiment dictionary, it is useful to see whether it has any face validity. To do that, we can look at a sample of the words from the list.

After importing the pandas library, the cell below will load word list as a pandas dataframe from the tab-delimited version on Afinn’s GitHub page and display a sample of 10 words.

We can get a sense of the distribution of word values by plotting them:

We can use Afinn to analyze a more extensive text database. Aashita Kesarwani put together a corpus of comments made to New York Times articles. I sampled 10,000 of these from April 2017 and stored them as a JSON file.

The head method provides an overview of the dataframe.

The column of interest is commentBody.

To estimate the Afinn sentiment score for all of the responses in the dataframe, we can apply the scorer to the commentBody column to create a new column. Applying this function takes a couple of seconds.

describe gives a sense of the distribution.

It is also useful to sort by afinn_score to get a sense of what is in the extreme scoring comments. In this case, I subset the dataframe to display just the two relevant columns.

It could be useful to see more of the comment.

By default, the sort is ascending, mean the lowest scoring, or most negative comments, are displayed by head. The comments with the highest score are shown with tail.

One of the drawbacks to using the raw Afinn score is the that longer texts may yield higher values simply because they contain more words. To adjust for that, we can divide the score by the number of words in the text.

The most straightforward way to count words in a Python string is to use the split method, which splits a string based on white spaces, and then count the length of the resulting list.

You can employ that function on our dataframe to create a new column, word_count using appply to the text column, commentBody.

We can divide the original score by the word count to produce afinn_adjusted. This isn’t exactly a percentage variable, since word scores in Afinn can range from -5 to 5, but it is a useful adjustment to control for variable comment length. To make it clearer that this isn’t a percent score, and to make the results more readable, the adjustment is multiplied by 100.

You can use groupby to see how the sentiment score varies by key characteristics, such as whether or not a New York Times editor highlighted the comment.

The above syntax maybe a little complex to decipher. * nyt_df is the dataframe we want to use; * .groupby('editorsSelection') creates a pandas groupby object split by the values of editorsSelection; * ['afinn_adjusted'] is the specific column we want to focus on; * .describe() produces descriptive statistics for each of the groups.

Overall, the findings suggest that editors select comments with more of a negative tone.

Pandas can also be used to create the absolute value of a variable using the abs method. This is useful for exploring to what extent, in this case, editors embrace or avoid comments that are extreme, either positive or negative.

Here, there seems to be some evidence that editors are avoiding comments with extreme sentiment, as values are lower across the board for the editor’s selections.

A second method for sentiment analysis is vader(Valence Aware Dictionary and sEntiment Reasoner). According to the authors, it is, “a lexicon and rule-based sentiment analysis tool that is specifically attuned to sentiments expressed in social media.”

As with Afinn, Vader measures both the strength and direction of sentiment. Based on the work of 10 coders, the Vader dictionary includes approximately 7,500 words, emoticons, emojis, acronyms, and commonly used slang.

Unlike Afinn, Vader scores an entire text, not just words. Looking at the whole text allows for the algorithm to adjust for negations, such as “not”, booster words, such as “remarkably”. It also scores words written in all caps as more intense. Vader returns the proportion of a text that is negative, positive, and neutral, along with a combined score.

There is a version included with nltk (from nltk.sentiment.vader import SentimentIntensityAnalyzer) but a more recent version can be separately installed:

Vader requires that you set up an analyzer.

The polarity_scores method returns a dictionary with four items. * pos, neu, and neg are the proportions of text that fall in each category. * compound is the normalized, weighted composite score.

One useful feature of Vader is that it is able to look at works in context and score appropriately.

Since Vader returns a dictionary (unlike Afinn which returns a single value), it is slightly more complicated to use it on an entire pandas dataframe.

First, apply the analyzer on the text column.

Our new object sentiment is a series, where each item is a dictionary. This series can be unpacked into a dataframe.

The new sentiment dataframe can be merged with the original dataframe.

If you intend to do this more than once, it can be useful to wrap the entire process into a single function that takes a dataframe and returns the datframe with the polarity columns appended. To clarify where the sentiment information comes from, the prefix vader_ is added to each of the polarity scores.

The distribution of the combined variable shows peaks at the extremes and zero.

Plotting the positive and negative scores shows that many comments have both attributes present.

Finally, unlike the Afinn score analysis, there’s no strong evidence that the New York Times’ editor selection is associated with the Vader sentiment scores.

Occasionally, you will have a sentiment list from a different source that you would like to use. Or, more generally, you have a word list about any subject, not just attitudes, and you want to count their occurrences in texts, such as the use of words associated with politics or hypothesis testing.

The final section of the lesson shows the steps for building a function that can analyze texts for the presence of words on any given list. In this case, the sample list will be words associated with men that were assembled by Danielle Sucher.

The function that looks for cooccurences has two parts. A preliminary helper function transforms the original text string into a list of lower case words stripping out any punctuation.

The function can now be applied on the Times dataframe to count ocurrences of male words in the comments. Since the function takes a second arguement, the word list, this is passed to the apply method as a tuple.

Most comments do not have words from our male list.

Sorting the dataframe in descending order by the new variable reveals the comments with the highest number of male words. In order to view larger parts of the text field, I adjust the max_colwidth option in pandas.

To highlight the flexibility of the count_occurences function, load a new list of female words, from the same source, in order to estimate the number of female words in each comment. After the word list is loaded, this is accomplished by supplying the new word list as an argument in the function.

Female words are rarer in comments.

Finally, it appears that Editors select comments with more gendered words, both male and female. 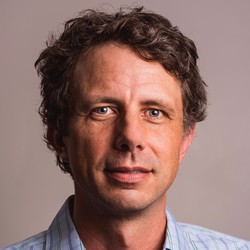